Coulange: Eyes for the blur desire

‘Let us first glance at the manner in which the erogenous zones adjust themselves to the new order of things. An important role devolves upon them in the preparation of the sexual excitation. The eye which is very remote from the sexual object, is most often in position, during the relations of object wooing, to become attracted by that particular quality of excitation, the motive of which we designate as beauty in the sexual object.’ - Sigmund Freud

Eroticism is an endless field of exploration and exploitation, for each individual and community. The more one questions it, the more questions and controversies arise. Scientists, philosophers, scholars and artists of all kinds have always mined it but still it remains very much blurred, if not in the dark.

The Spanish painter Pablo Picasso claimed once that, from his point of view, art and eroticism were definitely more than entwined, he was categorical: ‘there’s no difference’.

True that sexual imagery fills all the minds, being as old as human eye, as pregnant as life, as diverse as ideas, as necessary as heart, as fertile as art. Sex and desire are inherent to the complexity of the world, feeding the mystery of its beginning and, as the French painter Gustave Courbet pointed it out through its genius work L’Origine du Monde, the woman carries it all.

Today French photographer Olivier Coulange inserts his own vision in the prolific history of that obscure object of desire’s depictions, adding some extra contemporary dimensions to it. Consequently, some more interrogations arise from the multiple and ambiguous inscriptions into his peculiar images linking all together woman, desire, sexuality, pornography, eroticism as well as Coulange’s own interactions and positions, both as a man and an artist.

One doesn’t know if Coulange’s images mean that as a male he repressed what he watched, and/or that as an artist he pleads for the rehabilitation of the woman’s image, and/or just the contrary. But both the male and the artist seem anyway to wonder and invite us to rethink the notion of woman as an object of desire. Coulange encourages us to reconsider the desire of woman, to consider her own climax otherwise than as a pure spectacle for voyeuristic males, but as an intimate subject on its own, as an affirmation that her pleasure should not be denied, forgotten nor violated. It is obviously private and free, it only claims protection for itself as a full and beautiful mystery. The reverse is porn, not art. 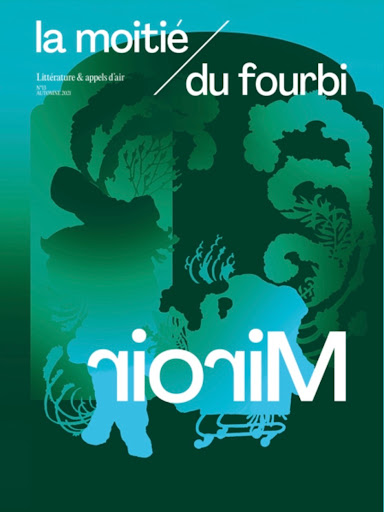 NYC, U and me - Zoé Balthus